The first pictures from our K-litter 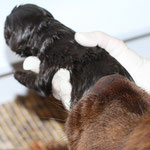 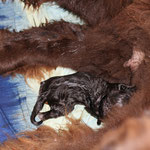 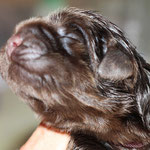 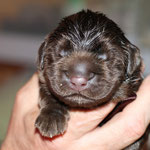 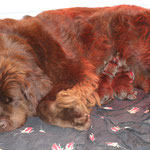 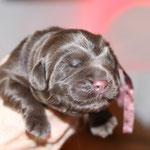 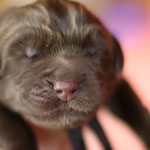 8. May 2016 - Exactly on mothers day, our Shalina has become a mother and has given birth to two puppies, a boy and a girl. The female male dog came into the world at 19:25 , the male dog only 25 minutes later. The girl had 830 g on the scales and the boy weighed 850 g. Mother and babys are well and happy. 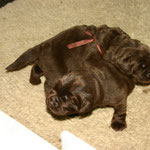 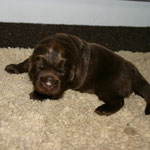 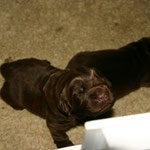 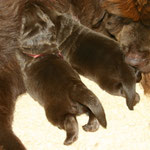 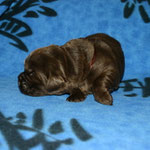 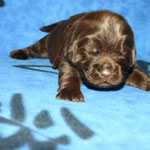 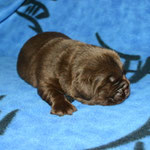 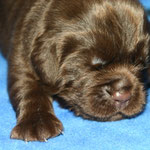 With Maja one already can spot a glimpse of blue under the eyelids. And both of them already try to walk. Doesn’t really work yet – but just a few days of excercise and they will succeed! 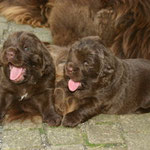 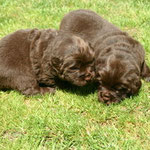 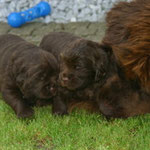 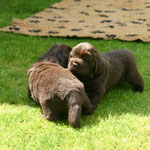 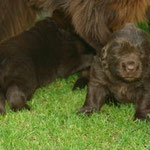 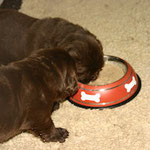 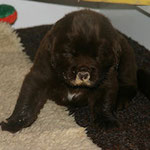 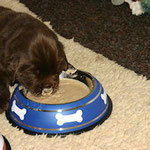 Last Sunday, May 29, the puppies were three weeks old. Eyes and ears are open, they merrily scuttle through the garden and also the weight develops satisfactorily : Kalle weighs 3.110g and Maja 2.980 g.

We also tried the first attempts with feeding from a bowl – worked quite okay , but Mama’s milk is still preferred.

June 17th - in the meantime Maja and Kalle are nearly six weeks old. Curious to discover their small world and they roam house and garden. But when it is getting too exciting they are happy that Mom is still around...